We're also being lied to by the government.

OK so maybe government departments would be wary of giving contracts to new companies, unless they’re Tory donors of course. Here’s the situation.

I wrote a virtual queue app before lock down began, this could have reduced the cross infection rate in hospitals by negating the requirement of people with Covid 19 to sit next to each other in first come / first served queues. Bear in mind people at blood test clinics are more likely to have underlying health difficulties.

Now obviously running core services to the NHS might be a problem. I couldn’t even GIVE them the code to run on their own servers. I also offered it at cost as, unlike some people I don’t want to profit off the NHS whilst nurses are using food banks.

The virtual queue display is at www.nextplease.live

Have they tried it? they haven’t even created an account.

This could have, at 12.5% of Covid cases caught in hospitals, reduced that amount by half, or the death toll by 8,100 in the UK alone.

I contacted my local Labour MP abut this, Ellie Reeves, who raised it with Matt Hancock.

Apparently I missed the Covid-19 deadline for technology for the NHS. 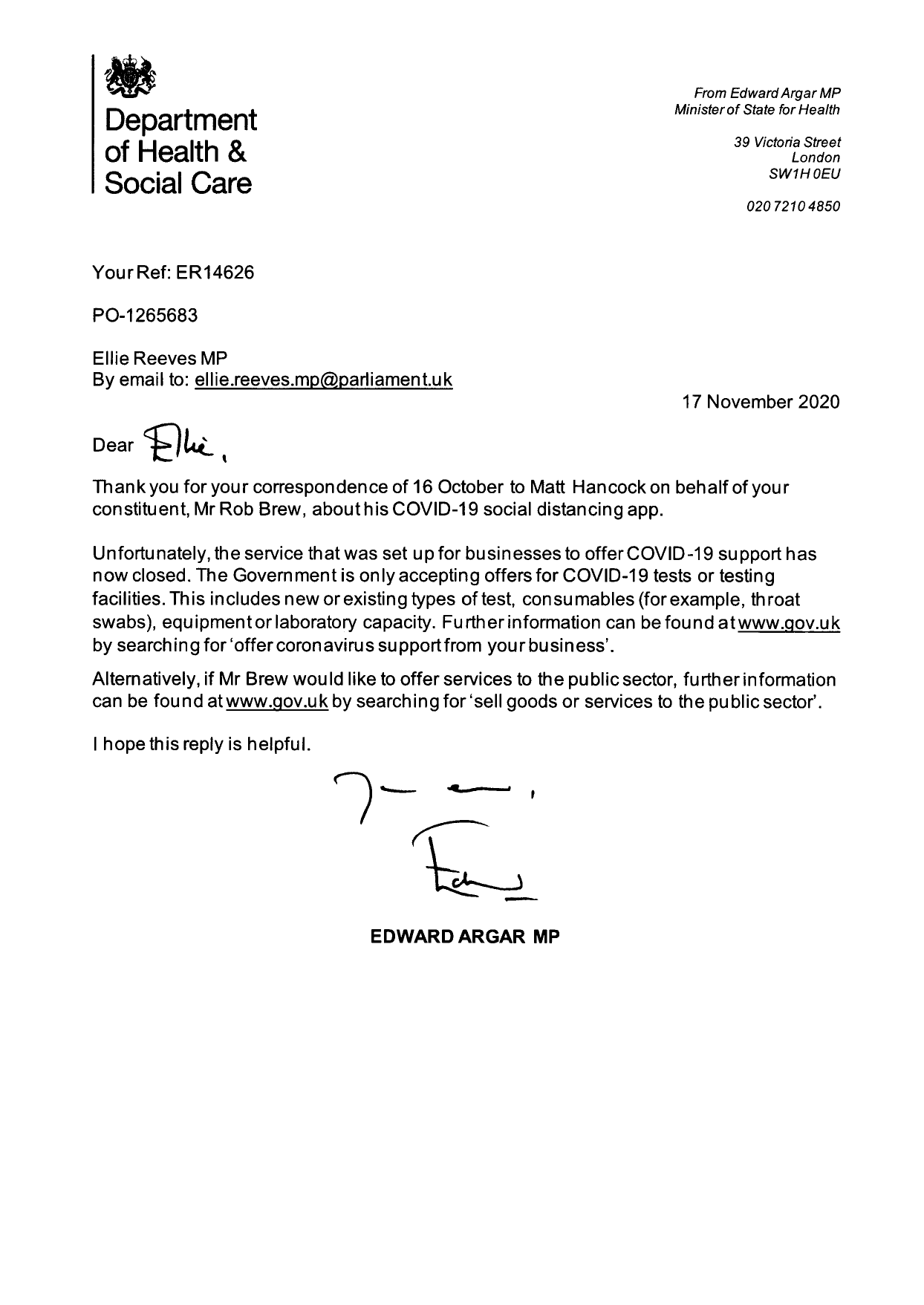 Email from an NHS trust saying “yeah, you’re in” below. 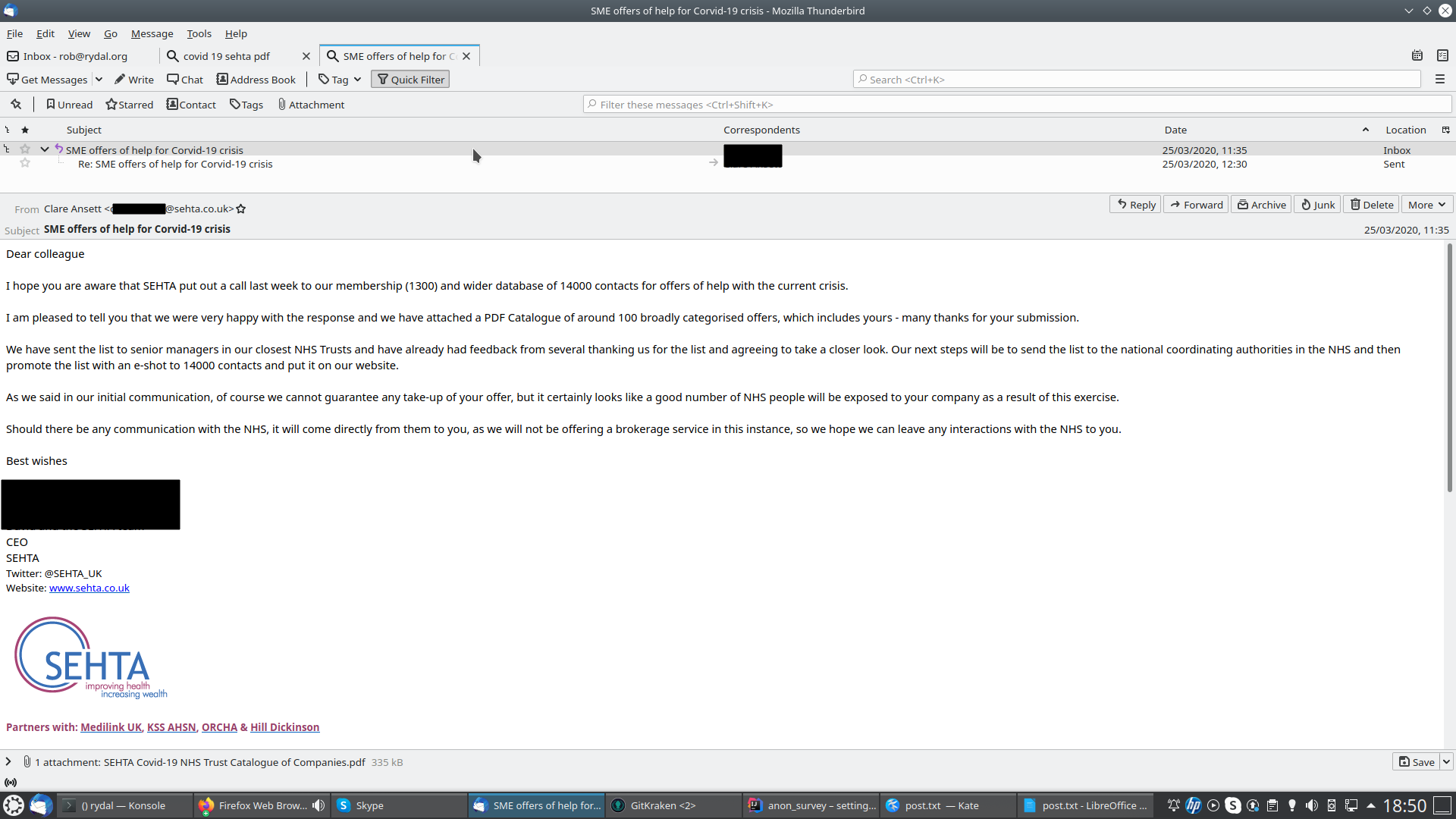 Years later nothing back.

We even offered it at cost of use, the source code, just take it, as you know, people are dying, though in the current climate these lot don't really seem to care do they?

So we tried again, amongst writing other web sites / apps.

This time a scheme to allow people with spare computers to send them to children who need them, who might be learning from a mobile phone or tablet at the time.

I've been told to contact my local schools regarding a service which a teacher friend insists should be whitelisted by the department for education.

Again I wrote to my MP, to get the following response. 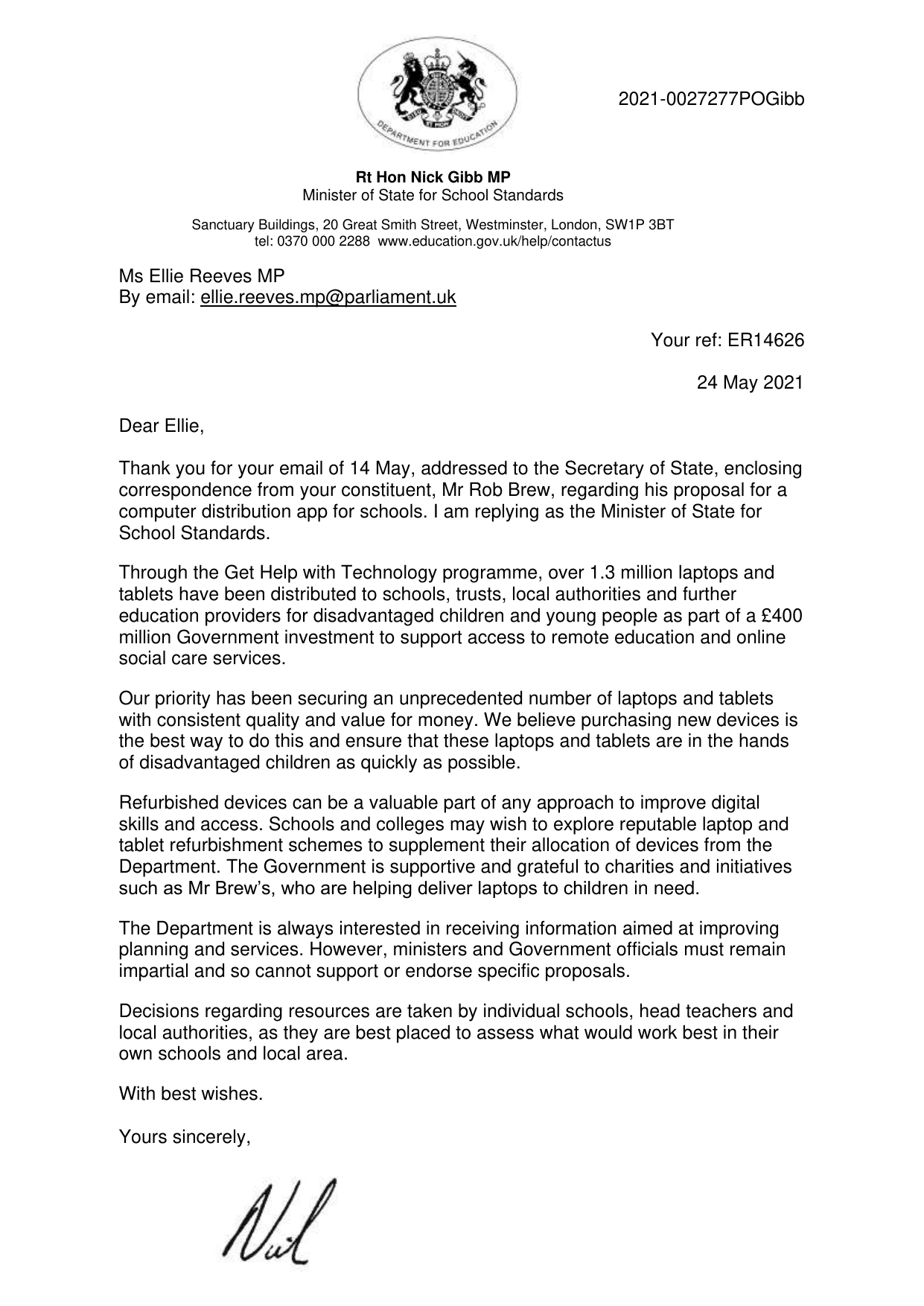 Then an FOI case to see if people with schizophrenia are more dangerous than the average person... 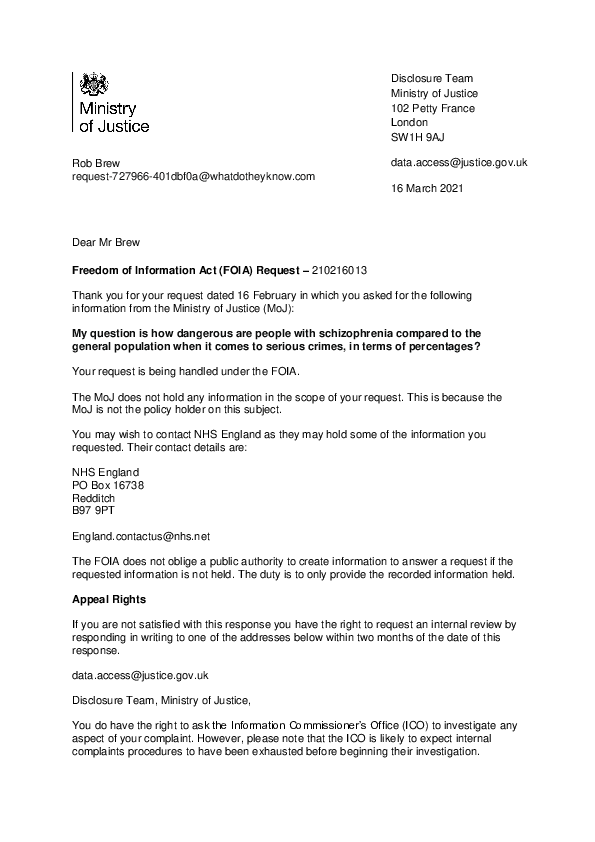 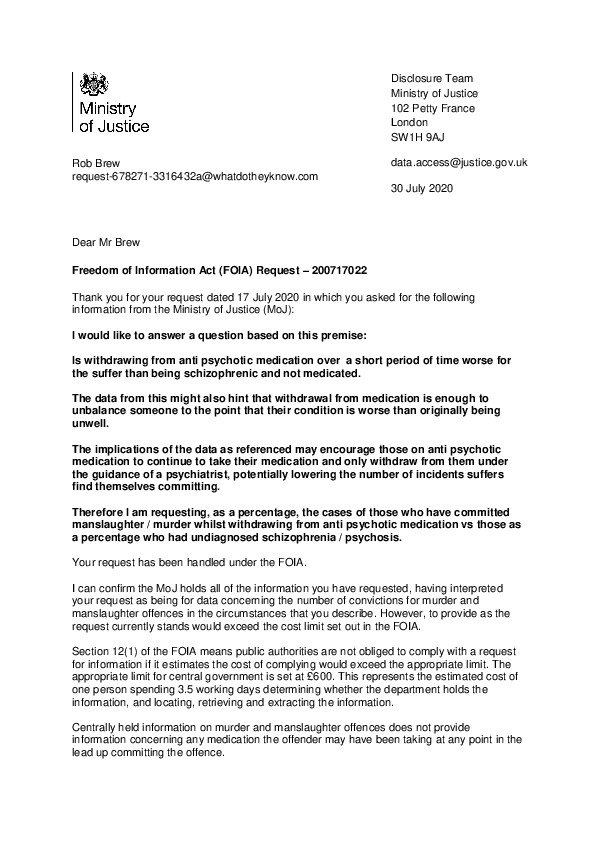 So the ministry of justice have data on who was in transient psychosis caused by the withdrawal of medication which inhibits dopamine, leading to a psychosis, but not a simple question of who, by percentage is more dangerous, crazy people or everyone else...

Also the NHS knows who has been incarcerated? F*ck off.

It's not even tech related.

I have an experienced contact running servers. The only reason we can think of as to why this is happening is … I may say something the tories dislike.

That’s thousands of people now dead, kids still doing their coursework on 5 inch screens and more stigma to people with schizophrenia, all preventable but blocked with no reason given on software not even tested, just a brush off to a separate department / organisation from 3 government departments who all know their remit.

Possibly due to some (whilst every individual is unique in any set) sad businessman wielding his power because it's a little men's club and I'm not getting in.

Maybe they'd be embarrassed with what I might say, though they're good enough at doing that themselves and laughing all the way to the bank (with our money too).


Any ideas on what I do people?